Avenue of the Nations

Thanks to the Livornine Laws, Livorno in the 17th century became famous as the “City of the Nations.” One street in particular remains to this day, with its unusual churches, a living testimony of the cosmopolitan city born of the visionary courage of the Medici family.

Via della Madonna, in which just a few meters apart lie three 18th century church, is a symbol in spirit and in stone of the conviviality between Livorno’s minority communities protected by the Grand duke’s extension of religious tolerance in the port city. The Armenian community’s church was dedicated to Saint Gregory the “Illuminatore” in 1716 and features a striking marble baroque façade, and which recalls the wealthy, powerful merchants, sumptuously dressed and turbaned, who together with the Jewish Community connected Tuscany to the commerce of the East. The next is the 17th century church of the Madonna, maintained by the Minor Franciscans, who (which?) in essence constituted a direct link between Tuscany and the Holy Land.

Inside one may admire the marble altars erected by the foreign Catholic communities of Livorno, including the French, Portuguese, Corsican and Dutch-German. The altars feature magnificent paintings of the communities’ respective patron saints, produced by some of the most important artists of the time, including Giovanni Bilivert, Matteo Rosselli, and Francesco Curradi. In addition to various members of the foreign nations, the famous Flemish sculptor François Duquesnoy is buried in the church.

The final stop on the tour is the Greek Uniate (Eastern Catholic or Byzantine) church, whose community populated Livorno from the early 1500s. The interior features splendid examples of Greek icons, including a remarkable 17th century piece, of the Eastern Church tradition. The tour consists of a voyage somewhere between art and history which explores the lives and traditions of these communities which were so important to realizing the commercial ventures of the Medici family.

The churches are ordinarily open mornings until noon. Contact us should you have other time restraints.

A visit of discovery of the works of Giovanni Fattori and other founders of the Macchiaioli art movement, currently house in the ornate Villa Mimbelli, one of the fabulous suburban residences of a rich 19th century Livornese merchant erected beyond the confines of the Medicean canal city.

The Macchiaiolo was one of the most important movements 19th century art history, founded in 1856 at Caffè Michelangelo in Florence by a group of young artists who, in conflict with contemporary academic tastes, sought to depict real life in their works. Macchiaioli technique, which stressed painting subjects outdoors in natural light, paved the way for successive revolutions in painting both in Italy and abroad. Many of the group’s members spent time in Paris, where they came into contact with some of the greatest figures in French painting who in short time would witness the birth of Impressionism.

Besides the large canvas format paintings of Fattori, which feature heroes of military battles and the cowboys of the Maremma, the museum also features important works by such masters of the movement as Silvestro Lega, Telemaco Signorini, Vincenzo Cabianca, and Serafino De Tivoli, among others. One floor of the villa is dedicated to Postmacchiaioli artists, who were often the pupils of Macciaioli maters, but who distinguished themselves from their advisors by following post-impressionist paths, from symbolism to divisionism (Chromoluminarism). Among their number was a young Livornese man who would attain great fame only after his death: Amedeo Modigliani. An example of his younger period work is also preserved in the Fattori Museum collection.

The villa itself renders the visit yet more fascinating. Constructed by Francesco Mimbelli, a rich merchant of Dalmatian origins, the villa is a jewel of eclectic style, and features a Turisk salon, a splendid hall of mirrors, and multiple frescoed, stuccoed halls rich with elegantly carved cabinets and furniture. Our tour will explore these rooms of a bygone gilded age, narrating the history of the Macchiaioli movement and exploring the lives of the artists and various characters jealously guarded the techniques and secrets of their trade. Each work of art becomes a window unto the past, revealing scenes of life from a world now long disapppeared, but still vibrantly alive in the art of the Masters of the Macchia.

Cost: 120 € not including the Museum entrance ticket

Reduced: 2.50 € (school groups of a minimum of 15 people. Reservation required).

Children under the age of 6 and disable persons: free.

In the footsteps of St. Elizabeth Seton

During a cold winter day in 1803, Elizabeth Ann Seton, a young protestant American, arrived in the port of Livorno. In this Tuscan city she embarked upon a path of religous conversion which would lead her to become the first American saint in history and to form the first female religious community founded in the United States.

After a long ocean crossing, the Seton family members Elizabeth and William with their daughter Annina arrived in Livorno with the hope that the Mediterranean climate would help cure William of a respiratory affliction. They were brought to Livorno by virtue of the international connections of commercial which had always linked this city of the Nations to the rest of the world. William however died shortly after arrival, and Elizabeth, left alone with her daughter, was welcomed into the home of the Filicchi brothers, Filippo Filicchi being the United States consul in Livorno.

We will journey through the events and places that shaped the life of the young American, reconstructed from her diaries, letters, and memorials conversed in the city of Livorno. We’ll depart from Livorno’s seaside, where a stone marker lies a few meters from the sea attached to the wall of the church of Saint James “in Acquaviva,” which recounts the time the Seton family spent in quarantine in the Lazzaretto. We will visit the famous Venezia Nuova quarter where we will visit the 18th century palace in which Elizabeth and her daughter were hosted by the Filicchi.

From there we will retrace the same path which still connects the Filicchi home to the church of Saint Catherine of Siena where the young Elizabeth, despite being of the Anglican faith, daily sought refuge. Under the great frescoed dome of the church built in 1720 by the Dominican order, we will visit same baroque alter where Elizabeth, deep in prayer, felt her first calling to convert to the Roman Catholic faith. Our tour concludes with a visit to the hilltop Sanctuary of the Madonna of Montenero, Patron of Livorno and of Tuscany, and a place where religious revelation helped transform Seton into the first American saint in history.

Length: approximately 3 hours* including the bus trip** between the first and last stops of the tour

We recommend, if you are interested, concluding the tour with a visit to the church dedicated to Saint Elizabeth Seton, where just recently the remains of her husband William Seton were transferred from the old English cemetery and dedicated with a religious ceremony.

**The price does not include the cost of the bus ticket or other methods of transportation.

We’ll take you on a trip of discovery of Volterra, the fort city which for millenia has perched, a high hill, closed within its walls, to dominate the surrounding countryside. Passing through its Etruscan gates and traveling along its medieval alleyways somewhere between mystery and legend, we will uncover the history of this place suspended in time, like the light trapped inside its gleaming alabaster relics.

Since the dawn of history Volterra has had its roots in stone. Known in ancient times as Velathri, the Etruscan city was founded between the 6th and 7th century B.C.E. It was one of the twelve city-states which comprised the Etruscan League, a political-religious alliance between cities of this extraordinary and mysterious people, and whom inspired the Romans more than is commonly believed. In fact, Volterra’s historical roots go much deeper, to the very beginnings of Villanoviana civilization circa the 9th century B.C.E. Volterra’s exceptionalism derives not simply from the fact that it has stood for millenia, but that one can still clearly decipher distinct historical periods from its monuments: Etruscan, Roman, and Medieval, and important Renaissance traces remain.

We will guide you through the winding lanes of this city of stone, whose medieval – its walls, Cathedral and Baptistry, the Piazza dei Prior, in which one finds the oldest municipal palace in Tuscany – remain perfectly preserved. Passing under the towering Arch Door (Porta all’Arco), erected by the Etruscans over 2000 years ago, from high on the city walls we will survey the Roman theatre and complex of thermal baths. Volterra’s alabaster industry is particularly remarkable, and many “luminous stones” are displayed view in various artisan workshops in the Ecomuseum of alabaster and in Palazza Viti. Volterra moreover is home to several museums such as the Guarnacci Etruscan Museum, the Museum of Sacred art, and the Pinacoteca which house important works of art, among which the Deposizione of the Croce by Rosso Fiorentino is of particular interest.

We offer various kinds of tours in Volterra, from visits of an hour to a maximum of six hours, with entrance to various attractions. Contact us to determine the kind of trip you’re interested in, and to learn more about various costs including museum tickets and other entrance fees. 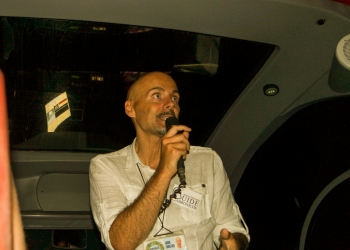